The importance of engaging with the student voice through COVID-19 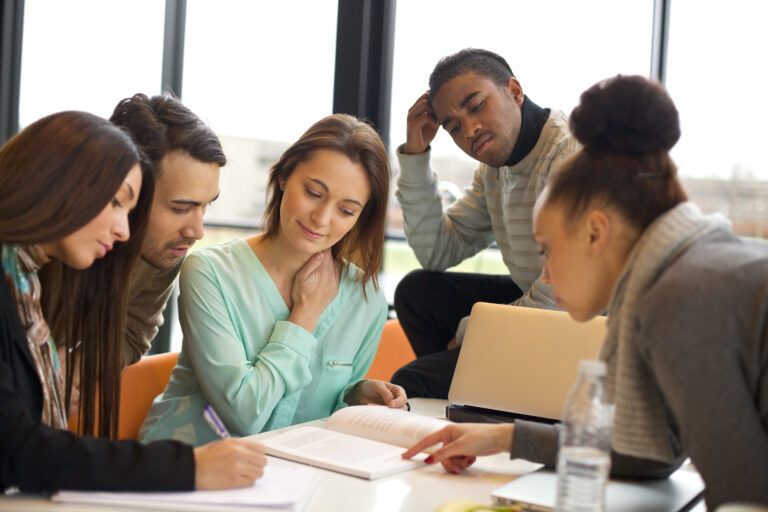 In the first instalment of our ‘Hearing Student Voice through COVID-19’ series, we discussed the positive and negative experiences on what it’s like to be in tertiary education during a global health crisis.

In this second article, we discuss the ways in which Unitu has helped students find a voice in a time of crisis and identify the reasons just why having a student voice is so important to them. The article aims to provide insights into how students are using new technologies to engage with the staff-student dialogue which they greatly value.

When the pandemic was first announced and ‘uncertainty’ became the new buzzword, students understandably had questions about a diverse array of matters. From teaching methods to graduation, from accommodation to alternative assessments, students were desperate for a way to communicate their thoughts to their respective universities.

Engagement on Unitu skyrocketed, and we saw an 800% increase in log-ins and over 750,000 interactions in the month of March alone. Aisha, one of our student interviewees, said, “because of COVID, it was almost every day I was on [Unitu].”

We then proceeded to ask our interviewees how Unitu has helped them in their specific circumstances. Kush, a medical student, said, “because we’re not able to have face-to-face meetings, [Unitu’s] been a good method of communication between the students and the medical school during COVID, especially when communication is stretched.“

In particular, Yousif, president of his university’s medical student association, recalled how the platform enabled students to have constructive discussions with staff on sudden examination changes. “We were able to open posts about this issue on Unitu and we saw a really high level of interaction… and students were able to give their views and feedback about what kind of things that the medical school should take into account, for example, internet connection, … to be able to run examinations in a way that was fair and equitable for students.”

Aishah noted how back in March, even before proper social distancing measures were in place, students were already vocal of their concerns on Unitu and “expressed that even if there wasn’t a lockdown, they didn’t feel safe.” Her department took their feedback onboard, and decided to collapse two of their examinations into one assessment, in order to reduce their burden.

However, it wasn’t just gloomy issues and questions that were raised on Unitu! Yousif mentioned how his favourite function was the ability to praise staff members, in order to encourage best practices across the department and to give credit where credit is due. As Nicholas put it, “it was really good seeing the praise during COVID-19 because the praise is well deserved by the university and the union.” It goes to show that students do appreciate the work that staff and universities put in!​

One of our students’ favourite features was the ability to provide feedback anonymously. In Yousif’s words, this meant that Unitu was providing “a platform for students to raise concerns in a safe space”. Elizabeth mentioned that with the anonymous feature, “students are able to voice any queries that they have without feeling the pressure of ‘Am I going to be judged for it?’ And it is also a very respectful environment with the fact that you can moderate the comments, even though people are anonymous. It doesn’t get offensive, it doesn’t get uncomfortable, it’s still a nice atmosphere to be in.”

This also meant that every student was able to have their individual stories heard and to validate one another’s concerns, after all sending an email by your lonesome can be intimidating! Kush raised a point that “if you’re just sending an email yourself to the medical school, you don’t know what other people think, you don’t know what their feedback on your ideas are, you don’t know how popular it is amongst students. But [on Unitu] there’s a voting function on each [post]… and that’s useful to gauge how popular an idea is.”

According to Nicola, the social media group she was part of was only limited to peers within her year. However, Unitu allowed her to tap into what other law students from different years are feeling and validate the concerns of her juniors as well. Kush mentioned that the ability to “interact with loads of students, not even just your group” enabled students to “hear ideas that you might not have thought of before”. For him, he appreciated “having that one place to come in where everyone can put their ideas together.”

Unsurprisingly, students valued the fact that they were able to articulate the specific manner in which COVID-19 affected their lives and that those stories could be listened to by staff in a safe space.

Amongst our pool of interviews, several of them were course representatives and we were delighted to hear that Unitu was able to facilitate their roles. One issue that constantly plagues course representatives (I would know!) is the inability to engage with all students and seek out their feedback. As Nicholas said, “not every student can come to me, not every student knows where to see or to get my email address. So it is a lot easier for them to just go on to Unitu.”

Natalie, who is also a representative, mentioned that Unitu provided her with the means to convey large amounts of information to students, as well as inviting students to provide further feedback on any updates.

Several of our students also noted the effect of Unitu on building online communities in times of physical distancing. Students not only want to feel supported, but also to support one another. Although the usual club and society activities are frozen, students have creatively used online platforms to keep in touch with another and establish virtual communities.

Abi, also a course representative, reported how her peers took to Unitu to support one another during this difficult period, “some of the new students that we’ve got have set up study groups from [Unitu] and reaching out to their students even though they’re not necessarily the rep. We had people sharing motivational videos… and a list of places you can go for reading materials, and it’s very much like, anyone can post… their thoughts, ideas and any questions.”

Natalie said, “I think [Unitu] helped me maintain a network to facilitate communication, and also, in some way, create a sense of community for me, which helped me feel a lot more supported during this time.”

So then... why is having a student voice important?

In addition to understanding the role Unitu played in their COVID-19 journey, we also asked students how they felt about the importance of staff engaging with the student voice.

Unsurprisingly, many students identified having an adequate return on investment as a key reason. As Sharmeen explained, “we’re on the course, we’re paying for the course and we want to ultimately enjoy it. [Having a student voice] makes sure that for every resource that [universities] are providing, we are able to make the most of it.”

This was echoed by Aishah, who said, “we want a course and a degree that’s worth it and that will actually equip us with the skills needed for our chosen career. I think it’s just really important that we have a say on the things that affect us each day.” Student voice ensures that the various services provided by the institution, whether that be careers guidance or informal social events, are in line with the demands of the students. As Aishah goes on to say, “even extracurricular stuff should reflect our interests and it should be something that we find useful.”

Moreover, Aishah felt that a key reason why students feel like their voices are not being heard is due to generational differences. She says, “times are changing and the things that matter to us now, as young people are different from the challenges and the things that matter to the generations before us. Things like climate change or race and a lot of things we feel passionate about now.” Hearing the student voice thus allows higher education providers to stay in tune with the concerns of the generation of students that are receiving that service and prevents them from making decisions based on assumptions which may have been more applicable to former generations.

Ethan, a computer science student, was also conscious of the fact that even though current students might not be able to reap the benefits of their feedback, at least they can be gleeful that future students will be able to have an improved student experience as a result of their actions. This shows that students are indeed not just “in it for themselves”! Most of them have a genuine interest in shaping the student experiences of the campus community, even if they might not be able to receive an immediate benefit from it.

There are a couple of key takeaways we can gather from these conversations:

In our next instalment, we will share what student expectations for the next academic year are and their ideas on how to make a remote learning experience better.