Are you afraid of the student voice? 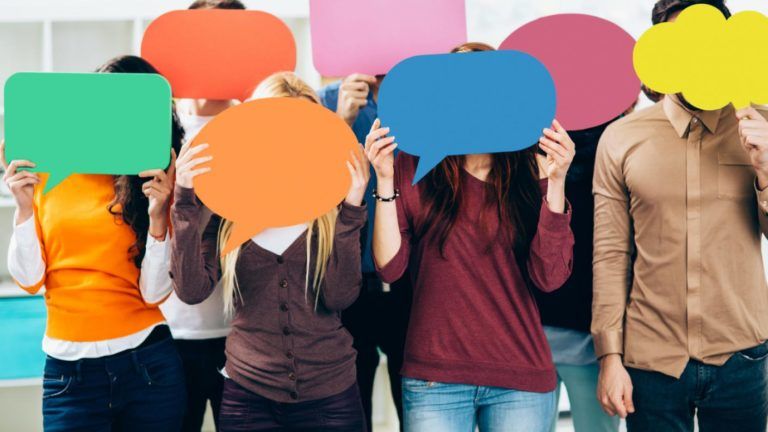 At Unitu, our mission is to empower the student voice and enable staff to improve the student experience based on meaningful feedback.

Part of that empowerment comes from exercising freewill, and having options in terms of how, when, and where a student shares feedback. That’s why one of Unitu’s key features concerns anonymous posting. A student can choose to leave feedback against their name, or have it be displayed as from an anonymous user.

This anonymous posting has been a constant contentious concern amongst the HE community. But students see it a different way…

Students regard the anonymous feature as essential for their engagement with the platform. It makes them feel safe to express themselves without fear of being singled out by students or staff on the platform.

When we asked students the question, “What would your experience be on Unitu if we took away the anonymous feature?”, one student replied:

“I probably wouldn’t use it as much. Yeah, I mean, I’d like things and have a little look. But I wouldn’t raise anything, I wouldn’t comment.”
Another student shared that:
“I’d say, it would be a detrimental choice. Anonymity is Unitu’s thing. So it’s basically one thing I would never change with it, ever, because the platform really needs it.”

The student continues with:

“We always have trouble reaching international students. So, I think anonymity is incredibly important for them to share and express themselves. So I would not mess with it.”

Looking at these handful of comments, it’s no surprise that over 90% of Unitu’s student-led feedback posts and comments are anonymous.

And some academics can see the benefit of anonymity, too. Writing for Talis, one teacher explains how adopting anonymous personas online gives students “a choice in how they post and collaborate”. And in her 2003 study on online learning, Easton claimed that anonymity helps level the playing field of the student experience.

But this opinion tends to belong to the minority…

Many staff view anonymity as a risk, even though it’s a positive for students

With this in mind, it’s our time to acknowledge the darker side of student feedback.

A quick browse of Higher Education articles and think pieces online reveals an incredible amount of concern and hesitation around student voice practices. Most specifically the introduction of online, anonymous feedback sharing.

An anonymous academic writes in an article on The Guardian that:

“Students need a voice, and professors need to reflect on students’ experiences to improve. But the anonymous, free-for-all results my institution provides, often divorced from context, maybe working counter to our efforts to improve the quality of teaching we provide.”

If students often reflect biases or personal discontent at the expense of constructive feedback, and if only a quarter of the students from a class complete the evaluations (as is often the case at my institution), then reflecting on individual responses is not a helpful way for me to improve my teaching.

In a 2019 Times Higher Education piece, Anna McKie reported that Leeds University academics were concerned anonymous feedback platforms would breed a culture of ‘trolling’. They said that allowing students to post anonymously could lead to offensive comments, particularly aimed at vulnerable, or marginalised, groups.

This concern was more than echoed in the reader comments, with one contributor saying:

And whilst some of the narrative surrounding anonymous posting has validity — yes, it may embolden certain individuals to abuse the trust the system runs on — we’re of the opinion that the anonymous student voice overall is positive for academics and HE institutions. It removes barriers for students to contribute and engage. It empowers hard-to-reach students to share feedback, and it ensures that it’s not just the loudest that get heard.

However, listening to these concerns has made everyone at Unitu acutely aware that there should be measures in place to ensure anonymity is used appropriately and constructively.

We have to find a solution in between. Because there’s too much to lose if we don’t…

We believe the positives — such as empowerment and equal opportunity — far outweigh the potential dangers.

In our partnership with Swansea University, we’ve seen that around 1-2% of posts are removed for being inappropriate. And ethical, fair use of the platform can be inspired by creating a meaningful, connected community.

As Patricia Xavier of Swansea University says in her Times Higher Education article:

“Since we introduced community guidelines, emphasised the professional nature of the platform, and booted off those who were not complying, we see far fewer inappropriate posts.”

So, the evidence suggests that we can control the incidents of ‘trolling’. The risk is simply not great enough to deny the value-add of digital, community-based student voice feedback.

After all, taking student voice online and empowering students to speak their mind in real-time, when they want to, from wherever in the world they are, is something no other feedback platform can offer right now. Giving voice to shy students, who otherwise wouldn’t put their two cents in, is a massive win for institutions who struggle to get feedback from hard to reach students..

Students want to be supportive and constructive, even if the feedback is given anonymously

Another concern surrounding anonymous feedback is that of outright criticism to the HE institution. Some would argue that, being able to hide behind anonymity, students will let rip on the very worst aspects of the university experience, and fail to mention any neutral or positive observations.

But, over the last few years of Unitu’s student voice gathering, we’ve seen that this is not how students operate. 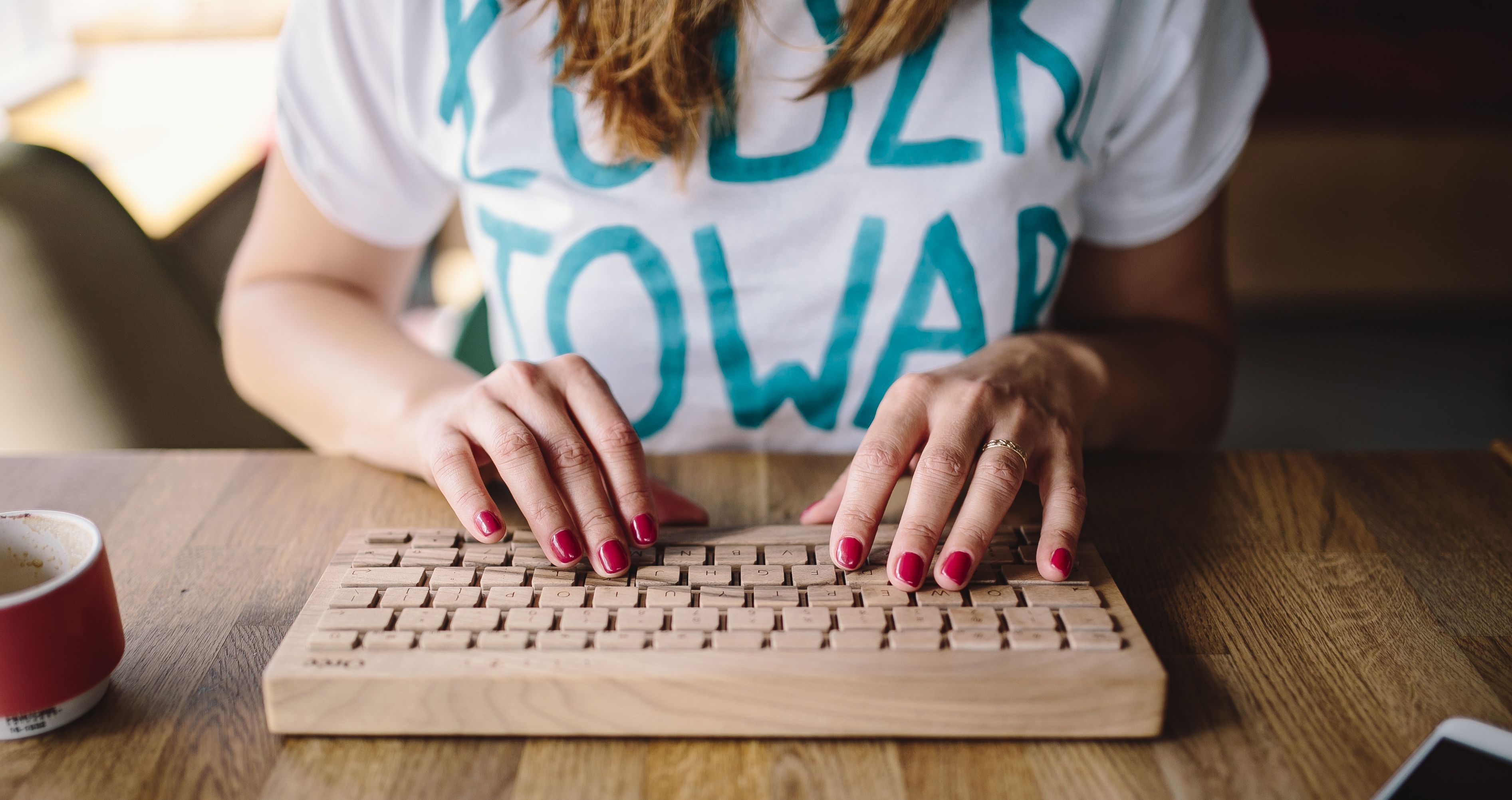 In fact, the feedback shared via Unitu has had an overwhelmingly neutral and positive sentiment to it — even in the case of raising issues. Students are seen to be constructive; suggesting ideas and alternative ways of working. They simply don’t log on just to leave harsh comments and go — even if they are posting anonymously.

Let’s circle back to that idea of a happy medium — where both students and staff feel comfortable to engage.

It’s important that we understand both perspectives:

be able to express themselves

freely, but staff need to know

they aren’t making themselves

Our solution? A three strike policy and sentiment analysis feedback.

We did once remove the anonymous feature, at the universities’ request. But this had a massive negative impact on student engagement. In fact, not only did students drop off the Unitu platform, they took to Facebook to complain. They felt let down by the change; saying the lack of anonymity was stopping them engaging the way they wanted to.

So a three strike policy seemed a promising workaround. But what does this look like in action?

Strike one triggers the student to refamiliarise themselves with Unitu’s content policy. It’s a warning to stop misusing their right to post anonymously. Strike two sees the anonymity rights removed — they can only post against their name. And the third strike cuts off all access to the platform, with their account instantly suspended.

And it works. Only two students in the last four years have gone to the third strike.

Of course we’re aware it’s not always enough to be reactive to misuse of the platform. That’s why we’re looking to build tools and features that stop students posting offensive content in the first place.

We’re currently trialing a sentiment analysis tool which will be built straight into the Unitu platform. When a student goes to upload feedback or comment— either anonymously or named — the tool will immediately analyse the sentiment with which they are speaking. Should a student by trying to post a comment that’s rude, or even just not all that constructive, the app will notify them of the sentiment and ask them to reconsider how it’s written. It will also prompt students to remove staff member names.

Not only will this encourage more constructive dialogue, as is our mission at Unitu, but also stop potential misuse of the platform in its tracks; better safeguarding staff members from abuse.

Essentially, many of the concerns around student voice — and anonymous posting in particular — can be remedied with the right systems in place. Having the ability to report, block, and remove ‘trolls’, as well as utilise the technology’s power to speed up feedback analysis will help make sure that student voice is a hugely positive learning tool for academics across the country.

If you want to hear more about Unitu, and how we’re redesigning student voice, then get in touch.

Close the feedback loop at your institution